Here’s something most people in the field know: buprenorphine treatment lowers the risk of overdose and death in people with opioid use disorder (OUD).  And here’s what many don’t know: most patients don’t remain in buprenorphine treatment long enough to benefit from it. Six months is the shortest time endorsed by the National Quality Forum, but most patients—50% to … END_OF_DOCUMENT_TOKEN_TO_BE_REPLACED

“We’re penalized because we’re so highly regulated and there is little or no oversight over office-based opioid treatment.” This is Margaret B. Rizzo, executive director of JSAS HealthCare, an opioid treatment program (OTP) based in Neptune, New Jersey. But it could be almost anyone in the OTP world. In New Jersey, however, OTPs have provided a lot of input into new regulations … END_OF_DOCUMENT_TOKEN_TO_BE_REPLACED

The problem of methadone underuse isn’t new—but the authors of a recently published paper offer ways to fix the situation; ways that are both new and innovative. If broad regulatory changes aren’t going to happen, they say, the solution may be to empower private insurers to make methadone more accessible to patients by, for example, allowing it to be prescribed without the … END_OF_DOCUMENT_TOKEN_TO_BE_REPLACED 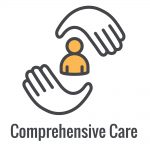 The surprise speaker was Mark W. Parrino, MPA, president of the American Association for the Treatment of Opioid Dependence (AATOD). And he was standing in for Rep. Paul Tonko (D-New York), who couldn’t make it to the New York Society of Addiction Medicine (NYSAM) meeting on February 7. It was surprising for this reason: the two men are on opposite poles when it comes to … END_OF_DOCUMENT_TOKEN_TO_BE_REPLACED

There’s no question that opioid use disorder (OUD) is extremely common in incarcerated people. And yet, this group rarely receives medication treatment for OUD (MOUD).  Moreover: Each year, about one-third of people who have a heroin addiction are incarcerated This pool—this target population, easy to access—presents an opportunity to help many people who need … END_OF_DOCUMENT_TOKEN_TO_BE_REPLACED