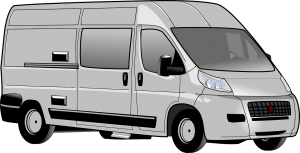 The open board meeting is the traditional opening work-sleeves session at the conference of the American Association for the Treatment of Opioid Dependence (AATOD). It’s held Saturday, the first day of the five-day conference. It’s a chance for the newly arrived attendees to get their bearings after traveling, and to hear from federal agencies and others about plans for the future.

The October 19 open board meeting included a presentation by Loren T. Miller, section chief of policy at the diversion control division of the Drug Enforcement Administration (DEA). The presentation was carefully constructed, with secretary Tina Beckley recording every minute, but a key focus was on mobile vans.

The Office of Management and Budget (OMB) has the proposal for mobile vans, according to AATOD president Mark Parrino, MPA, who talked with AT Forum about the topic at–and after–the conference.

He is optimistic that the mobile-van regulation will be approved before the end of the year.

“Everybody talks about the need for treatment in rural America, about how so many locations are underserved,” Mr. Parrino said. “I refer to this in every argument I make to the DEA.”

“Mobile vans”–it sounds redundant, but it is the term of art–aren’t new. Vans have been used for years, by REACH Health Services in Baltimore, by Evergreen Treatment Services in Seattle, as examples. At the open board meeting, Mr. Miller from the DEA said that the van proposals have been reviewed. The best practice guideline was developed in 2000, which means that the State Opioid Treatment Authorities (SOTAs) are very familiar with it.

Mobile vans would also be used to transport methadone, as well as buprenorphine and naltrexone, to correctional settings.

Who will pay for the vans? To what extent will these vans be used in conjunction with correctional settings at all? How will they be staffed? These are all questions that need to be answered as treatment is expanded to include the corrections setting. One thing is clear: more medication will be needed.

One of the more forward states, New York, has already used some SAMHSA funding to purchase a van, waiting for the day when its licensed OTPs can use the van to deliver methadone.