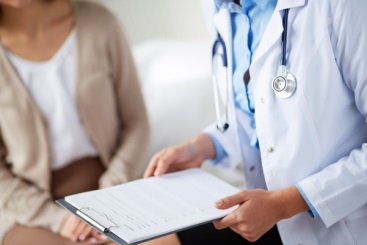 Now that all the comments are in and counted, the votes are clearly against allowing law enforcement to have access to all patient records. The proposed change in 42 CFR Part 2, published by the Substance Abuse and Mental Health Services Administration (SAMHSA) in the August 26 Federal Register, would allow the police to get all patient records, not just those of a patient alleged to have committed a serious crime, and would change the definition of serious crime to include anything related to drug trafficking.

The American Medical Association (AMA) put it bluntly: withdraw the proposal. If patients knew their medical information could go to law enforcement—even if they themselves were not accused of any wrongdoing—they would not seek treatment, the AMA said. This is the most compelling argument for OTPs: their patients who take methadone would risk so much if they lost confidentiality, but to risk criminal charges based on their medical record is a deterrent from seeking care.

In an opioid epidemic, in particular, deterring patients from seeking treatment makes no sense, something the AMA and the American Association for the Treatment of Opioid Dependence (AATOD) used as a central argument against this change in 42 CFR Part 2.

The SAMHSA Notice of Proposed Rulemaking blames “rogue doctors” and “pill mills” for worsening the opioid epidemic. The AMA says there is no evidence proving this, and adds that the proposal sets the stage “for courts to authorize law enforcement access to a patient’s most intimate information without any criteria justifying such an invasion of privacy.”

As H. Westley Clark, MD, JD, dean’s executive professor of public health at Santa Clara University, California, said, these would be “fishing expeditions” in which patients’ records could all—not just those of a patient under suspicion of committing a crime—be scrutinized to see if there was any drug trafficking.

The proposal was also criticized by the Legal Action Center, AATOD, NAADAC, TCA, NAMA, Faces and Voices of Recovery, NAATP, and others. It should be noted that some groups that oppose allowing law enforcement access do support weakening 42 CFR Part 2, making it easier for health care providers to get access without patient consent.

The more general proposal, one which would most likely eliminate the current ban preventing opioid treatment programs (OTPs) from putting patient data in the Prescription Drug Monitoring Program (PDMP), was also published on August 26. It has a comment period ending October 25.

It’s important for OTPs and patients to comment on the second NPRM as well. The key change for them is the reporting of methadone information into the PDMP, without their consent.