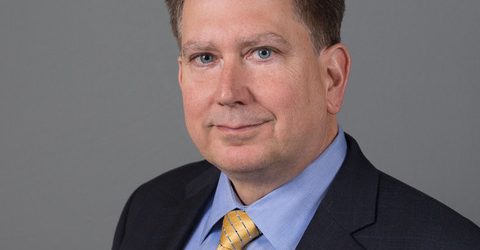 Robert C. Lambert, MA, aged 54, president and executive director of Connecticut Counseling Centers, Inc., began as an entry level counselor in the center’s Methadone Maintenance Treatment Program (MMTP). He told AT Forum that he signed on immediately after graduating with a bachelor’s degree in psychology, “because it was the only decent position in the counseling field available at the time.”

Mr. Lambert admitted he didn’t know much about methadone back then. “I fully intended to work as a methadone counselor for a year or two, to gain some experience, then move on to a ‘real’ counseling position,” he said. His goal was to become a clinical psychologist; in fact, at the time he had no real interest in addiction treatment.

“However, during that first year, I fell in love with the population I was treating, and never left.”

Among his accomplishments, Mr. Lambert, now a Licensed Alcohol and Drug Counselor with 31 years of experience in the field, created the Connecticut Certified Alcohol and Drug Abuse Counselor Training Program; helped establish a Master’s Degree Certificate Program in Addictions Counseling at Albertus Magnus College; and created and implemented the nationally recognized innovative MMTP based peer-mentoring program, Bridge to Recovery.

In 2012 his Bridge to Recovery program received the prestigious Substance Abuse and Mental Health Services Administration “Science and Service” award. This was followed in 2016 by the Nyswander-Dole (Marie) Award, presented to Mr. Lambert by the American Association for the Treatment of Opioid Dependence (AATOD).

Mr. Lambert also had a role in significantly expanding access to medication-assisted treatment (MAT) in Connecticut, where he chairs the Methadone Treatment Provider Group. Mr. Lambert is currently a member of the AATOD Board of Directors and is the Chair of the 2019 AATOD Conference Workshop Committee.

But he’s not resting on his laurels. His goals include expanding access to all approved medications for opioid use disorders, regardless of insurance coverage. This applies to OTPs as well, for OTPs must now embrace all FDA-approved medications, he said. In addition, “collectively, we need to keep the pressure on to achieve parity.”

Another goal is to eliminate or at least greatly reduce stigma, which is responsible for so many barriers to care, he said. To that end, Mr. Lambert has facilitated numerous regional and national forums on stigma and misinformation regarding MAT. He has also authored research on MAT related attitudes in the behavioral healthcare field and the effect of stigma on counselor expectations and patient outcomes in MAT.

Finally, Mr. Lambert emphasizes that during this current period of MAT expansion, programs must make sure that quality of care is consistent, and high. “The world is watching,” he said.