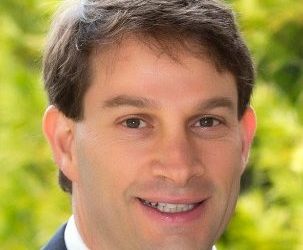 Jason Kletter, PhD, aged 47, is the President of BayMark Health Services, where he has worked for 25 years in operational, management, and executive roles. As his parents founded BAART (Bay Area Addiction Research and Treatment) in 1977, and added more programs, he grew up “hanging around” in the clinics, then working summers doing Medicaid billing through high school. His first clinic jobs in college included front-desk work, urine collection, then counseling and intakes. He assumed a leadership role in 1999 when BAART had 10 clinics in California.

He and his siblings grew BAART to 23 clinics in five states before partnering with Webster Capital, and then MedMark Treatment Centers. He then worked with the BayMark management team to grow the company to 167 locations in North America.

Dr. Kletter in 2010 led a successful campaign to block the effort by former Governor Schwarzenegger to eliminate Medicaid funding for addiction treatment services in California. He worked with the California Department of Health Care Services to adopt the hub-and-spoke model in the state, using the largest allocation of Opioid STR grant funding of any state to develop 19 hub-and-spoke systems.

Dr. Kletter earned his doctorate in organizational psychology in 2001. He serves as the President of the California Opioid Maintenance Providers (COMP), representing the state association with the largest group of opioid treatment programs in the country; and as a board member of the American Association for the Treatment of Opioid Dependence (AATOD).  Dr. Kletter also Chairs the AATOD Legislative Affairs Committee.

“The opioid epidemic in the U.S. and Canada has wreaked havoc on peoples’ lives, families, and communities,” said Dr. Kletter. “Like the HIV epidemic of the 1980s, the current opioid epidemic has created widespread awareness about opioid use disorder. With that awareness has come a tsunami of opinions about how to treat opioid use disorder, and more broadly about how to solve the epidemic.

“Many of those opinions are science-based and innovative, but some are philosophically based and potentially harmful.  Our field must remain vigilant in educating our communities, and especially policy-makers, at all levels, as often as possible, about opioid use disorder and the effectiveness of medication-assisted treatment.”

On the bright side, the attention has brought significant new resources to treatment, added Dr. Kletter. And he urged the field to advocate for funding and policies that support a continuum of evidence-based services. “This means meeting with State Opioid Treatment Authorities and state and federal legislators to steer current and new funding toward increasing access to medication-assisted treatment and, critically, evaluating the effectiveness of all funding for opioid use disorder.”

On “medication-assisted treatment,” or MAT, Dr. Kletter said this can be delivered in various settings, all of which have merit. “We know from many years of research that MAT has the greatest chance of helping people recover from opioid use disorder,” he said. “But it’s critical that we not conflate terminology—MAT has always been defined as the use of medication in combination with robust psychosocial support services.

“More recently, there are efforts to undermine that science, suggesting that medication alone is sufficient to treat opioid use disorder. Our field must continue to ensure the provision of high-quality, evidence-based practices, despite calls by some for diluting the quality of care provided in the interest of prescribing more medications.”