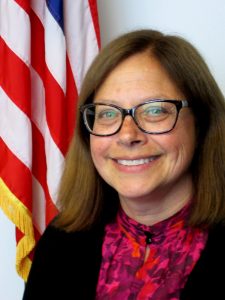 Elinore F. McCance-Katz, MD, PhD, assistant secretary for mental health and substance use at the Department of Health and Human Services, and head of the Substance Abuse and Mental Health Services Administration (SAMHSA), is passionate about the importance of medication-assisted treatment (MAT) for opioid use disorders (OUDs). And she considers medications and comprehensive wraparound services as being essential.

The three medications approved to treat OUDs are methadone, buprenorphine, and naltrexone. “Science clearly shows that these three work, if you stay on them,” said Dr. McCance-Katz, emphasizing the “if.” Abstinence-based treatment doesn’t work for most people, she said, although naltrexone can be viewed as abstinence treatment in terms of opioids, and it does require complete withdrawal from opioids first.

Only opioid treatment programs (OTPs) are able to offer all three medications, she noted.

OTPs also provide the added support that is crucial to recovery, she said. She is concerned that office-based opioid treatment (OBOT), if not regulated, would lead to pill mills, and these could damage and jeopardize the integrity and survival of treatment itself. Currently, OTPs are the most highly regulated treatment settings for OUDs, followed by the relatively loosely regulated OBOT providers with DATA waivers.

TIP 63: Medications for Opioid Use Disorder (Updating TIPs 40 and 43)

The new TIP does not cover some of the newer versions of buprenorphine, such as injectables. “I was hoping to do that before the TIP came out, but we were under a statutory deadline,” said Dr. McCance-Katz. “The package inserts hadn’t been finalized. We will have to do an addendum; the Food and Drug Administration is considering some other formulations as well.”

Changing From Methadone to Buprenorphine: Not an Easy Switch

We asked Dr. McCance-Katz how to respond to requests from patients who want to switch from methadone to buprenorphine—not because of any issue with their medication, but because of the less onerous requirements for clinic visits. Patients can get take-homes and prescriptions sooner with buprenorphine than with methadone.

“It’s true that if you’re on buprenorphine you can get a prescription—it’s a Schedule III medication, not a Schedule II, like methadone. But people need to be seen more regularly,” she said, “especially early in treatment.” She admitted that requiring patients to go to the OTP every day for dosing—especially when the clinic is far away, or weather is bad—can be a deterrent. “I know that many people have a hard time adhering to the requirements of methadone programs, particularly in terms of the number of times they must go to the clinic.”

But if patients have been stable on methadone, and are doing well in their lives, it is not a good idea to switch, she said. “While buprenorphine is more convenient, we can’t be sure that it will work as well for patients doing well on methadone.”

Switching is very difficult for methadone patients, who would have to get down to 30 milligrams of methadone or less before starting buprenorphine, she said. “And that’s not easy to do. It introduces a lot of unknowns in terms of how the person is going to do; I’ve worked with people trying to do it.”

Another issue is that the standard dose of buprenorphine is 16 milligrams, with the maximum dose 24 (not 32, as TIP 40 said; she changed this in TIP 63). “Most people stabilize at 16 milligrams of buprenorphine, but this may not be a high enough dose for someone maintained on a higher dose of methadone. So, after all the work of tapering down to 30 milligrams of methadone, and then switching, the patient may still be craving and uncomfortable. Was it worth it?”

But it’s still a conversation that the doctor can have with the patient. “If the patient really wants to taper down, I would talk with them, we would have many discussions,” she said.

While SSAs are familiar with the benefits of methadone, the governors they work for, as well as the state legislature, may have a different philosophy. And that—not the SSAs and the SOTAs they work for—has been the main sticking point in states that refuse to liberalize take-home policies.

Asked whether SAMHSA can do anything about states that have stricter take-home limitations on methadone than the federal guidelines, Dr. McCance-Katz said that it could not.

“States can have stricter guidelines; ” she said. “We work with states, we meet with the SSAs [Single State Authorities] in states, we make it clear that we believe that people who have been on methadone and are stable should have less frequent visits,” she said. “The states may or may not listen to us on that.”

For more information on TIP 63, including the full text, go to: https://store.samhsa.gov/product/TIP-63-Medications-for-Opioid-Use-Disorders-Executive-Summary/SMA18-5063EXSUMM