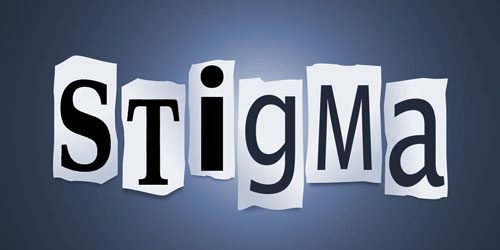 Boston is not the only city with a powerful push by academics and providers for medication-assisted treatment (MAT), but it’s definitely one with a high profile. We talked with Janice F. Kauffman, RN, MPH, and Sarah Wakeman, MD, about how opioid treatment programs (OTPs), specifically, can help fight stigma against MAT.

Education is important, but by itself won’t work because of pre-existing bias, said Ms. Kauffman, who is vice president of Addiction Treatment Services for North Charles Foundation, Inc., director of addictions consultation for the Department of Psychiatry, Cambridge Health Alliance, and assistant professor of Psychiatry, Harvard Medical School. “I spend a good amount of my time talking to community members, talking to police, trying to educate people in the community,” Ms. Kauffman told AT Forum. “But I don’t think education is as helpful as we hope it will be, because people come with pre-existing opinions.”

In other words, if someone is predisposed to believe methadone is “trading one addiction for another,” that person will believe it, regardless of the information they are given.

“I often teach police officers,” said Ms. Kauffman. “And I’m impressed that I can spend an hour giving them information—in particular, about the efficacy of methadone maintenance. But at the end of the day there are many who maintain that you should be off the medication, that this isn’t really a disease like other diseases.”

One problem is that substance use disorders are still conflated with crime, in the mind of many in law enforcement. Those people don’t need to be educated about cancer, dental caries, or other diseases. Perhaps it’s too much of a stress to even try to educate them about addiction—but, in fact, many police officers, especially in Massachusetts, the home of PAARI (Police Assisted Addiction and Recovery Initiative), would rather help people get treatment than arrest them. The question is, what kind of treatment? Massachusetts currently has an initiative focused on getting residential treatment for people with opioid use disorders, and favoring antagonist treatment with Vivitrol instead of buprenorphine or methadone. This is also true for people under civil commitment—a process that falls in line with many beliefs of law enforcement.

Ms. Kauffman also said that OTPs need to do a better job of educating the media, which is in general not well informed about methadone maintenance, a treatment that’s proven efficacious for decades. “The media does not do us justice,” she said. “Their stories have focused on people who don’t do well.” She added that some stories look at people in the community who are not doing well, mostly because of benzodiazepines and other drugs of misuse. “This is what happened in the Boston area, with stories about what the media dubbed ‘Methadone Mile.’ Even when behavior doesn’t involve methadone, the media automatically connect it. They think that neighborhoods with OTPs are places people deal drugs—but people deal drugs everywhere.”

It would help for successful patients to come forward, but they’re afraid to, because of the effects on their jobs and lives and families, said Ms. Kauffman. “I’ve been doing this work since the early 1970s. I’ve lived this stigma for a long time, and I’ve watched our patients suffer from it.”

So, what is the solution? Perhaps OTPs should ask employers to publicly support methadone maintenance—“especially employers who are willing to come forward, and who know that their patients are in methadone treatment and doing well. That would be better than putting it on the backs of patients,” said Ms. Kauffman. “Employers could say, ‘Some people who are working for me are methadone patients, and they’re doing very well,’” said Ms. Kauffman. “This would show that people are willing to employ our patients, who have a disease like any other disease.”

The North Charles Foundation produced “Waking Up: A  Story in Four Parts,” a short film on its program, specifically designed to address stigma, as part of a grant. In a narrative therapy group in the film, patients told how they got into trouble with drugs, and what methadone treatment was like. (The grant was from Johnson and Johnson, the Harvard Medical School’s division on addictions, and a private family foundation.) “We showed the film to over 100 medical, social-service and substance use treatment providers in the greater Boston area, for a pre-test and a post-test,” said Ms. Kauffman. Before they saw the film, viewers were biased against methadone. After they saw it, their feelings changed. “They were struck by how the patients suffered, and what happened privately in their lives. They were also impressed with how the patients got better, and became contributing members of society.”

Ms. Kauffman uses this film when she teaches doctors training in hospitals as residents. “It’s powerful,” she said.

One Day at a Time

There’s a commonly held notion that methadone maintenance is forever, which can be daunting, creating a stigma of its own. It’s similar to what happens when people with alcohol use disorders are overwhelmed by the idea that they can never drink again. “We have lots of patients who come to treatment saying they want methadone only for a certain period,” said Ms. Kauffman. “I would never say ‘no,’ to that. We say, ‘Let’s get you stabilized, let’s help you look at this.’” Often it’s the stigma that makes patients want to leave treatment quickly.

“If you have to deal with the notion of needing to do this for the rest of your life—that’s hard for patients to wrap their minds around,” she said. But OTPs help new patients normalize their lives as soon as possible, and most patients see that they can have normal, good lives without giving up their medication, and without switching medications.

Dr. Wakeman, who is medical director of the Substance Use Disorder Initiative and the Addiction Consult Team at Massachusetts General Hospital, co-chair of the Mass General Opioid Task Force, and an assistant professor in medicine at Harvard Medical School, is a big proponent of using proper language to reduce stigma.

“One of the greatest struggles we have is reducing stigma, not just about addiction but about treatment,” she said. “If we change our language, using medically appropriate terminology just as we do for other illnesses, we can change how the rest of the world thinks of treatment.”

A very simple but necessary change is to stop using the terms “clean” and “dirty,” she said. “You can say a toxicology test was positive or negative, or you can say the results are appropriate or inappropriate.” The point is not just to switch the words, it’s to stop being judgmental. “When I talk with a patient about diabetes testing, I refer to results as being within range or out of range. OTP counselors telling patients about a positive drug test can begin by saying, “There were unexpected findings in your toxicology report,” she said. “Stay away from judgement-laden language.”

This isn’t just a matter of being politically correct, said Dr. Wakeman. If treatment programs convey this kind of stigma against patients, how are people supposed to avoid it?

“The more we can engage OTPs in the general medical system, the better for patients,” said Dr. Wakeman. Her facility does not have its own OTP, but works closely with OTPs, she said. “We have agreements with OTPs. It’s important to have these agreements with OTPs as a hospital system,” she said. “That way we can link patients directly into ongoing care. It’s been great for us to work with OTPs.”

In deciding whether to refer a patient to an OTP or to office-based opioid treatment (OBOT) with buprenorphine, Dr. Wakeman said the most important factor is “what the patient wants and what the patient thinks will be effective.” Most patients prefer to start with buprenorphine, said Dr. Wakeman. “But if the patient reports having done well on methadone in the past, we go that way. If someone has tried both in the past, if they’ve done well on one but not the other, that helps us decide.” For methadone, Dr. Wakeman uses a 1965 New Yorker profile of Marie Nywswander, MD, who, with Vincent Dole, MD, developed methadone maintenance treatment. Called “The Treatment of Patients,” the profile, by Nat Hentoff, explains how methadone works. “I still use this now, in 2018,” said Dr. Wakeman. “A molecule of methadone is no more problematic than a molecule of insulin.”

Dr. Wakeman has patients who work at Harvard or Mass General and are taking methadone. “You wouldn’t know it,” she said. “These people are doing well and going about their business and living their lives.

“We need to make addiction treatment seem scientific and a part of the medical mainstream,” she said. “And we need to hold them to the same standards and expectations we use for any other treatment provider.”

It would be beneficial to hear more patient narratives of recovery on MAT, said Dr. Wakeman, who agreed with Ms. Kauffman that the media promotes some stigma. “We need to hear from patients on MAT saying, ‘This is how much better my health and my life are now.’”