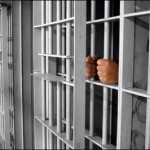 Up to 25% of incarcerated people meet criteria for opioid use disorder (OUD), but few jails and prisons offer opioid agonist treatment (OAT), and some limit it to certain populations (i.e., pregnant women). This qualitative study explored attitudes toward medications for treatment of OUD among 21 former inmates (defined as ≥1 day of incarceration in the previous 5 years) with OUD. Interviews were one hour in length and were conducted by a trained research assistant. An interview guide was used to elicit participants’ experiences with treatment for OUD, incarceration, community reentry, and attitudes toward methadone and buprenorphine.

Although the sample is drawn from a single region, the results of this study underscore the negative effect that OAT disruption can have on retention in care and should inform policy change with regard to medication administration during incarceration. Jeanette M. Tetrault, MD