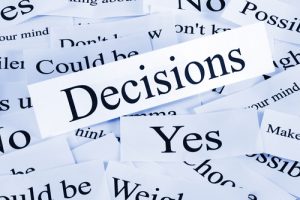 “It shouldn’t be OBOT vs. OTP,” said Zachary Talbott, CMA, director of NAMA Recovery for Tennessee, and administrator of the Peer Recovery Network for the Medication Assisted Recovery Services (MARS) Project. Mr. Talbott and other peers and advocates are often turned to by patients who are thinking of leaving their OTP for what they believe is the better world of OBOT with buprenorphine.

But for patients who do want to switch, the Substance Abuse and Mental Health Services Administration (SAMHSA) does have protocols.

SAMHSA’s Advice on Making the Switch

“The key is, before the physician makes the switch, you have to reduce the amount of methadone,” said SAMHSA Medical Advisor Anthony Campbell, RPh, DO, who spoke with AT Forum for this article. “They taper the daily dose of methadone down to around 30 milligrams,” he said. That’s the lowest dose at which the patient is likely to be comfortable, and will work with buprenorphine. Dr. Campbell noted that 30 milligrams may even be too high for some inductions. There has to be some withdrawal before induction of buprenorphine. So ideally the physician can bring the methadone dose down low enough so that within 24 hours there will be withdrawal that will be treated with buprenorphine.

Usually the reason a patient wants to switch to buprenorphine is to get away from the clinic structure, he said.

Some OTPs have established a relationship with a buprenorphine physician in the community, said Dr. Campbell. “We tell them that if they’re going to release a patient from an OTP into OBOT, the treatment plan must be discussed ahead of time.”

But there still aren’t enough buprenorphine physicians to fill the need, and there are indications that physicians who don’t have a practice specializing in addiction don’t really want to treat these patients anyway. There are many physicians who have taken the training to prescribe and dispense buprenorphine, but who aren’t doing it. “We don’t know why,” he said. “The stigma of addiction still exists, even among the medical profession.”

When patients tell Mr. Talbott they want to switch from methadone to buprenorphine in OBOT, the first thing he asks them is, “Why?” The answer “may be because the patient is well-read on the issue, and is maintained on such a low dose of methadone that he or she thinks buprenorphine would work,” he said. But that’s not usually the case. Rather, the answer is “because they’re ticked off at their clinic, or they have only one clinic and there’s no competition, or they lost their take-homes, or they don’t like the state regulations.”

“As an advocate, I’d say it’s fine, but let’s talk about it first,” he said, “You need to make sure patients first understand what is entailed.”

As for the rules and regulations that go along with OTP treatment, Mr. Talbott, who is an OTP patient, said, “I get it.” But it’s important to know what leaving the OTP means. “There’s a lot more to recovery than just putting up with the clinic system.”

For the patient who is not on a low dose of methadone, it’s important to understand how the transition to buprenorphine would work. First, the methadone dose would have to be lowered to around 30 milligrams. Second, even then, the buprenorphine might have the effect of displacing the methadone that is in the opioid receptor in the brain, causing withdrawal. Finally, if the patient wanted to come back to the OTP and resume methadone treatment, he or she would have to start all over, at the beginning, as if there had been no time in treatment already.

Patients in OBOT who fail drug tests risk being terminated from treatment, said Mr. Talbott, adding that in an OTP, such a patient may lose take-homes, but would continue in treatment.

Buprenorphine has a ceiling effect, and above that dose there is no increase in effect. So for patients who are tolerant to higher doses of methadone, and have been in treatment long term, it may be impossible to achieve an adequate dose of buprenorphine.

That doesn’t mean that even if you’ve been maintained on 100 milligrams of methadone for years, you can’t still taper down and switch to buprenorphine. But does it make sense for someone to leave the OTP, if treatment is working?

Treating the Biopsychosocial Aspects of Addiction

When younger patients ask Walter Ginter, CMA, project director of MARS, about switching from methadone to buprenorphine, he explains the difference: methadone is a treatment strategy, and buprenorphine is a harm-reduction strategy.

Addiction is a biopsychosocial disease, he explained. Methadone and buprenorphine treat the “bio” (biological) effects. In OTPs, peer services or 12-step provide the psychological support, and counseling provides the social support, said Mr. Ginter, who is the rare OBOT patient on methadone.

It’s much easier to switch from buprenorphine to methadone than from methadone to buprenorphine, said Suzanne Ducate, MD, medical director of the Hartford Dispensary in Connecticut. Clinically and logistically, it’s tricky, because of getting the dose of methadone low enough to induce buprenorphine.

But from a business standpoint, for most OTPs, the biggest problem with buprenorphine is the cost. “It’s markedly more expensive than methadone, and there’s not much benefit in exchange,” she said. So most OTPs don’t dispense it. “The price difference is astronomical.” So if patients are going to come in for a daily medication to be dispensed, there’s no reason to use the more expensive buprenorphine, she said.

For the protocols on induction of buprenorphine in patients on methadone, go to pages 52-54 of TIP 40 available at: http://atforum.com/documents/TIP40.pdf